This advisory is about a local privilege escalation vulnerability affecting CrashPlan’s Windows application. It can be abused by any local user to gain full control over the system. It has been verified on a fully patched english Windows 7 x64 running the CrashPlan Windows client version 4.8.2.4.

The underlying issue is that the Windows Service “CrashPlan Backup Service” loads and executes files from the insecure filesystem location C:\ProgramData\CrashPlan.

Amongst others, Java Class files are searched and eventually loaded from there. This results in a CLASS side-loading vulnerability.

The special thing about this folder are the default filesystem ACLs that allow any local user to append new files. 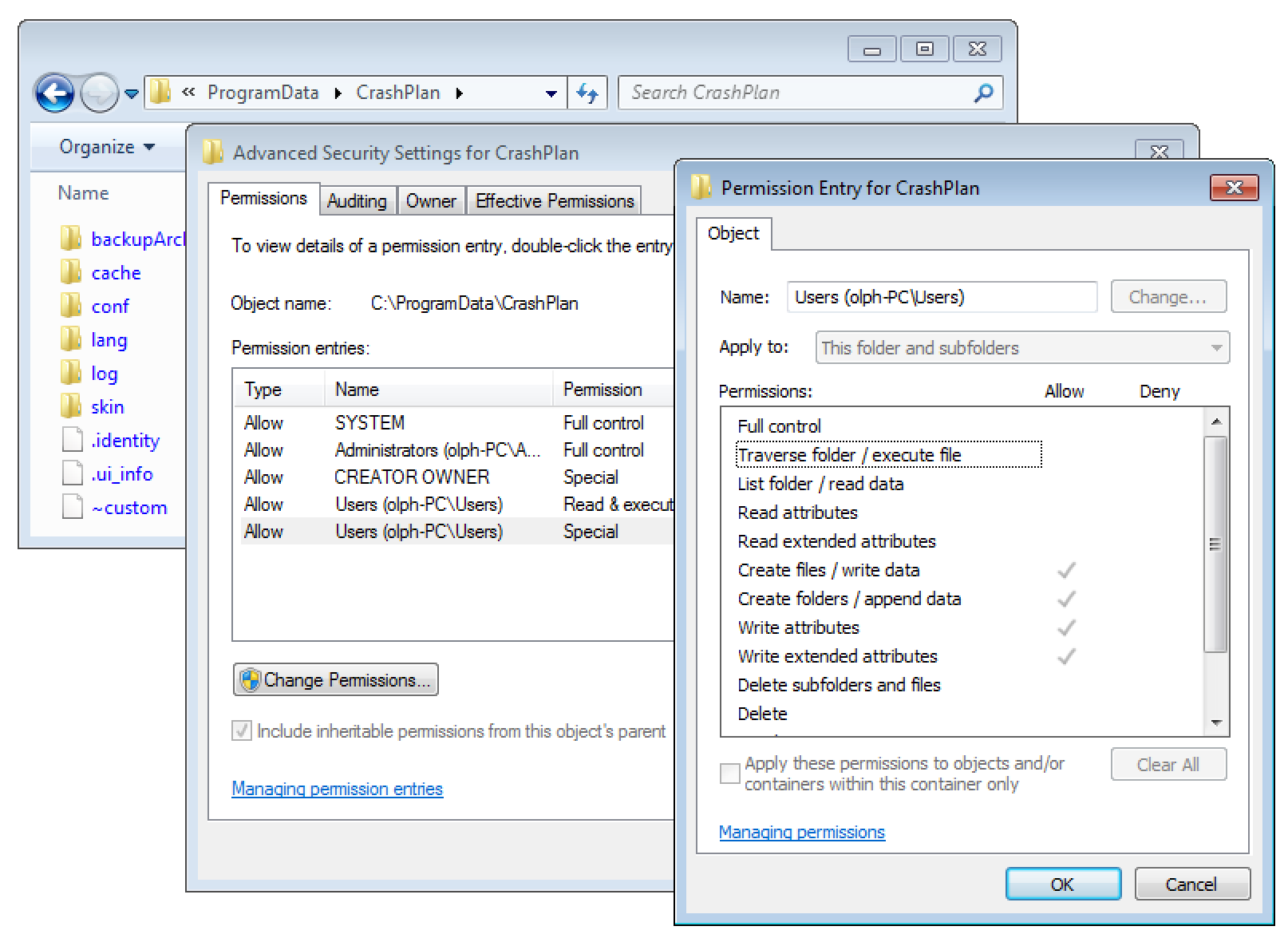 Thereby, it is possible to drop a malicious file. To exploit this issue I built the following Java class:

To inject our own commands, Java’s Static Initializers are abused. These are immediately executed after the class is being loaded by the JVM. To compile it simply use javac:

After the system is rebooted this Java class is loaded and our code is executed as SYSTEM. In this example the local administrative user attacker was added.

Thereby, a non-admin user is able to fully compromise the local endpoint.

End-users should update to the latest available version.